How to Conduct a Risk Audit and a Risk Review

Continue learning with online courses and advance your career! How to Improve Problem Solving with Lessons Learned

A life well lived life involves looking backward as well as thinking forward. The same is true of projects.

In this article, we will look at how to conduct a risk audit to evaluate the effectiveness of your risk management. Additionally, we'll also talk about how to be more forward thinking through risk reviews. How to Conduct a Risk Audit

Who Performs the Risk Audits?

How Do Risk Audits Help?

Wonder if risk audits can really help you and your team. You bet!

And it doesn’t have to be difficult or require lots of time.

The size of the risk audit team and the time invested should be commensurate with the size and complexity of the projects. I’ve completed small risk audits with me and a couple of team members in an hour or less.

Sounds great, but how does it really work?

Tom was asked to manage a project to implement an insurance company claims customer service center that would house 100 employees. He decided to have a risk audit performed when the team had completed 40% of the project. Things were going fairly well, but Tom was concerned about an increasing number of issues, particularly with two risk owners.

Tom asked an internal risk audit group — comprised of one company project manager, one IT employee, and one claims manager — to conduct the audit. The team completed the audit in two weeks and discovered the following:

The findings were shared with Tom and the project sponsor. The following changes were made:

How to Conduct Risk Reviews

How can project managers make better decisions and get better results in the future? Try a risk review.

Remember, the audit team focuses on "How did we do?" Were the risk management processes effective? We are looking backward.

In contrast, risk reviews are prospective and forward-looking. We ask, "How will we do?" We modify our risk response plans and risk management processes to improve our chances in the future. Questions to Ask in Risk Reviews

Project managers and their teams periodically review their project risks for the following:

For more helpful questions, check out my post 12 Questions For Monitoring Project Risks.

Pick one of your worst project, where things have been crazy. Look backward with a risk audit and forward with a risk review. You will likely gain insights and perspective as you see things with fresh eyes. Best wishes! 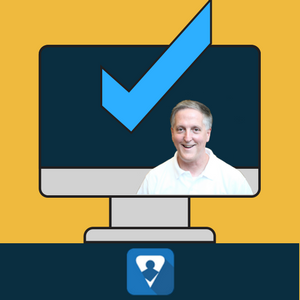 Risks derail projects. We make risk management easy to understand and practical to apply, putting you back in the driver's seat.

Spend five minutes per day for 21 days--discover practical risk management techniques that can help you turn uncertainty into success!

How to Improve Problem Solving with Lessons Learned Our latest tutorials, tips and tools to help you identify and manage your project risks!

Every week, I'll send you the latest from the Project Risk Coach and you'll get first access to new resources and offers. Plus, you can download my Project Management Plan Checklist!