How to Actually Make and Execute Better Decisions Our lives are the sum total of all the decisions we’ve made – financial decisions, health decisions, whether to marry or not to marry, whether or not to have children, and where to work. My goal today is to help you make better project decisions. Here’s why — individuals, teams, departments, and organizations who make better decisions improve their chance for success.

Think about how hard it is for you to make decisions alone. You go to a store to buy toothpaste. How many choices do you have? There are shelves of toothpaste to whiten your teeth, strengthen the enamel, protect against tartar build-up, and probably one to freshen your dog’s breath.

It’s hard enough for an individual to make a decision. What happens when we add another person to the mix? The husband likes cooler temperatures in the house; the wife is constantly turning up the thermostat.

When project teams fail to make good decisions, it can be costly. Poor decisions cause rework resulting in missed deadlines, higher cost, and adverse impacts to team morale. If these issues are pervasive across an enterprise, the organization will likely fail to fulfill its mission.

Some project managers create and use a decision register or log in their projects. This approach is much better than keeping decisions in emails and minutes. If you know the important questions early in your projects, you may prefill the register with these questions and identify the decisions makers.

2. Identify and Capture Your Decisions

John, a project manager, has a habit of reviewing his decision register with his team periodically. He asks the following questions:

If you find several decisions surfacing repeatedly, there are likely deeper issues. It’s time to analyze what is causing the decisions to resurface? Lack of information. Insufficient participation of key stakeholders. Poor analysis.

“Insanity is doing the same thing over and over again and expecting different results.” -Albert Einstein

Albert Einstein said, “Insanity is doing the same thing over and over again and expecting different results.” Once the root causes are identified, change your habits — improve your decision process for future decisions.

Decision makers make decisions based on the information at hand. The decision may be the right decision based on what is known at a given point in time. However, we may discover flaws in our decisions when we execute the decisions.

One way to mitigate this risk is to build prototypes. People often struggle to tell you what they want. However, individuals will quickly tell you what they don’t want when they see it. Simple prototypes such as a diagram on a whiteboard can often surface unknown issues. When the stakeholders see the prototype, they are enlightened, and they can make better decisions, resulting in less rework later in the project.

Sign up for the Project Risk Coach blog updates 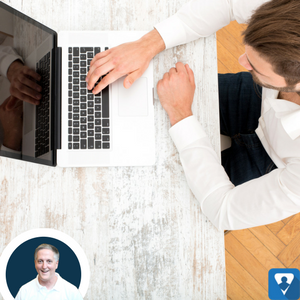 Sign up for blog updates and receive the Project Management Plan Checklist. Make sure that you are including the right project baselines, subsidiary plans, and ancillary plans in your project management plans.

Success! Now check your email to confirm your subscription and download your checklist.